A Week of Grief 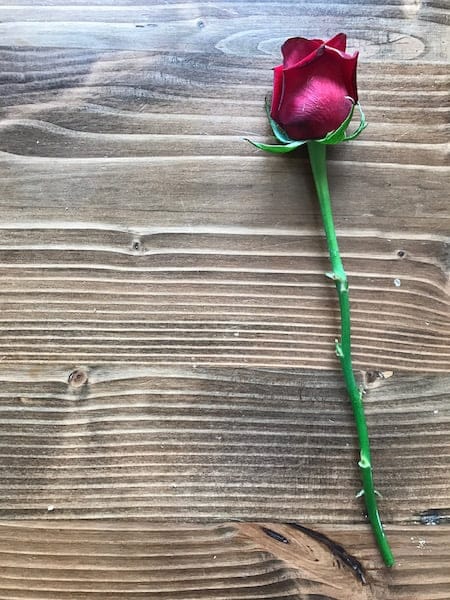 I gently patted around the blankets looking for her frail hand to hold, but it was too buried. So, I settled for combing my fingers through her thinning gray hair.

Under normal circumstances, she’d hate it that so many saw her without freshly styled curls. But this week, there was no beauty shop visit. Nor was there laughter and singing – something she was known for. This week, my grandma had made it to her last. Her rattly chest and labored breathing signaled the finish line of life was right before her.

Parkinson’s disease, with a wave of Influenza A, expedited her race.

I spent a few cherished moments alone in her hospital room and watched her sleep. I couldn’t think of much else to say other than “I love you Grandma. We all love you.”

In a few instances, her eyebrows raised and lips pursed. In special moments that would become rarer as the days wore on, she held her eyes open and watched me. I prayed peace and rest over her. I hoped she was listening.

Over the course of the next few days, memories flooded in, helping me understand the impact she had on my life. I worked on writing her obituary. Other family members and friends traveled in to offer their goodbyes.

Just a few days later, surrounded by her beloved husband of over 63 years and her four children, she passed. I was in the waiting room – I’d chosen not to watch her final moments. The mourning that followed them was deep; the loss was felt all down the hospice house hallway.

Her shakes and tremors were over. She could breathe and talk and laugh once again. That gave us hope as we packed up our things and went home to get some rest. 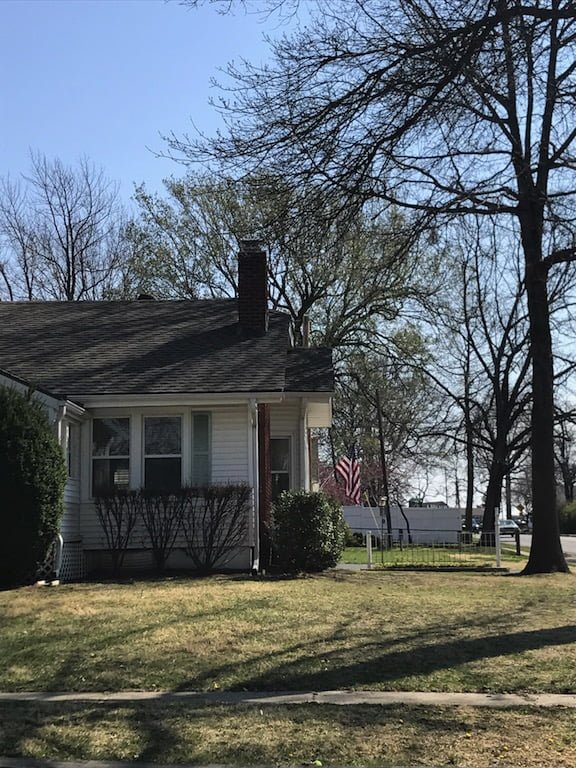 I knew something was different across the street.

For several days, car after car appeared in front of our neighbor’s house. In 10 years, I’d never seen Chuck have so many visitors. I knew he didn’t like it. He was known for cursing at the leaves and calling the police when certain codes weren’t followed.

A neighborhood watchdog, he sat outside in his retro lawn chair and waved to some of the cars that drove by – most likely the ones he liked. I knew he’d dislike so many people parking in front of his house and walking through his manicured lawn. He stuck to himself and he liked it that way.

But beyond the grumpy old man, I knew he had a soft heart. Just before his dementia took a turn for the worse, we sat around his kitchen table and he told me about his family and late wife.

That’s why I was saddened the morning all of the cars stopped coming by. The open blinds were a clear sign something had changed. His daughter and son-in-law confirmed it when I walked over to check on him.

He had passed away.

I stood in his kitchen once again, this time with his family, and learned more about his life. Stories he never got to tell me were shared, insights into his world unveiled. The pain the war caused his family. His longing to serve in the Navy and his talents in upholstering. He owned a shop with his father back in the day.

After a short visit, I walked back home across the street. I was sad for his passing, but happy to know a little more about him. It took his death to bring life back to his stories. 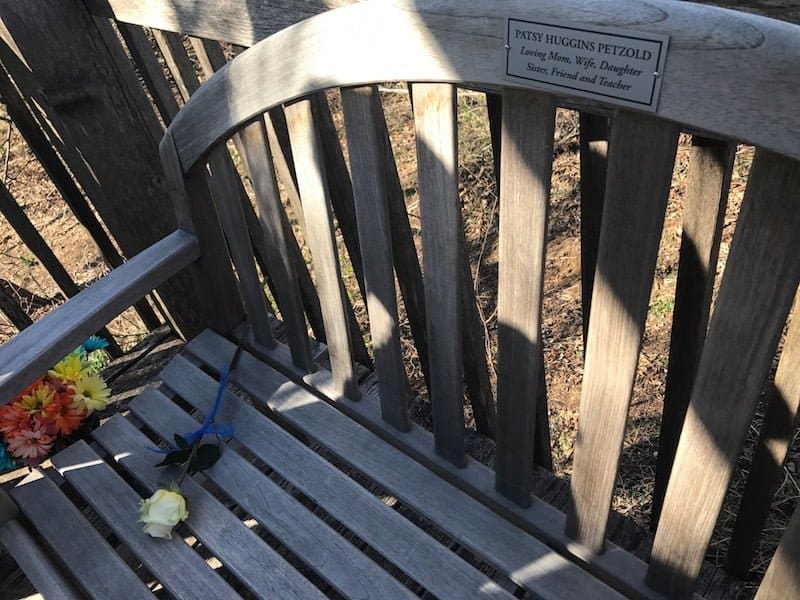 Don’t get me wrong, the wooden bench was beautiful. It was brown and arched, and it matched the budding spring landscapes of the arboretum just perfectly.

But something about the bench brought back the sting of loss. A year had passed since I last saw Patsy and paid tribute.

It was great to see her name again, even if it was a plaque nailed to the bench.

Patsy Huggins Petzold – a beloved woman who played so many roles.

She was a unique spirit and one-of-a-kind individual. By the size of the crowd dressed in blue who surrounded the bench, it was clear I wasn’t the only one who missed her. Many other suburban 30-somethings had gathered to remember a woman taken before we were ready to let her go.

I smiled at the thought that even in her absence, she could still rally a crowd. Her friend got up and delivered an amazing speech that gave us all permission to keep mourning. She talked about grief’s seasons.

She said Patsy would want us to keep dancing. To keep going. Tears streamed down my cheek and the searing pain of her loss came back. The world had seemed significantly less bright a year ago after she passed away. It was so painful to say goodbye to a fellow young mom and colon cancer survivor.

But her friend was right. Patsy’s wishes were clear.

She’d specifically pulled me down to her wheelchair and plead for me to keep educating, raising awareness and fighting. That’s what made her passing so painful. Yet despite the pain, I’d made her a promise. And a year later, I was still going. The loss was still as palatable as the day we sang “It is Well” at her funeral, but somehow it had grown duller.

The light had poked through and was getting brighter. I had learned over the year to look for stories that need told. And to find rest. Thanks to that, I could see beyond the mourning crowd in front of me.

I could see beyond the week of loss I’d just faced.

I saw a bench that would offer many arboretum visitors reprieve thanks to a woman who was full of love. I saw a community come together to hug, drink coffee and eat donuts thanks to perseverance through grief. I saw green buds popping up out of the ground and volunteers readying flower beds thanks to the new season ahead.

Life was springing up; winter had passed. I could see hope again. 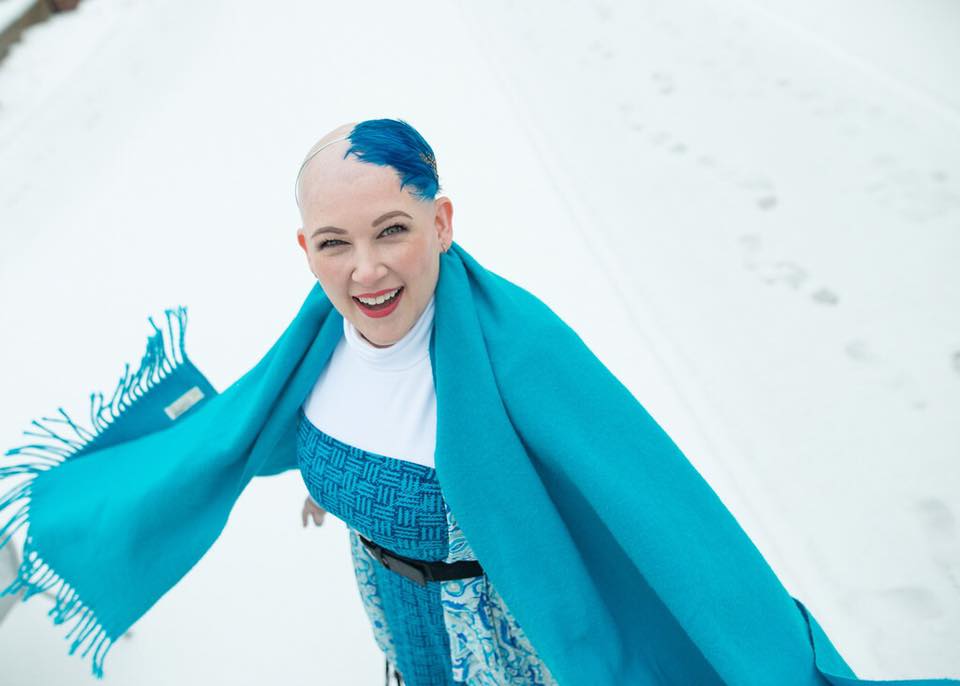 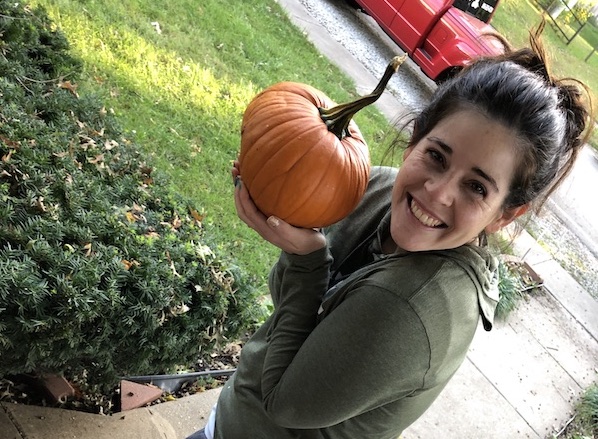