Facing Racism of the Corner of Monroe

“Mae, did you know science has found all humans descended from Africa? Over time, we’ve evolved and our genes mutated, but we all originate from that place.”

“Really, so even Adam and Eve?”

“Yep, probably Adam and Eve, which means they weren’t white.”

“Huh, I thought Eve was white with blonde hair.”

—A conversation with my 9-year-old daughter this weekend 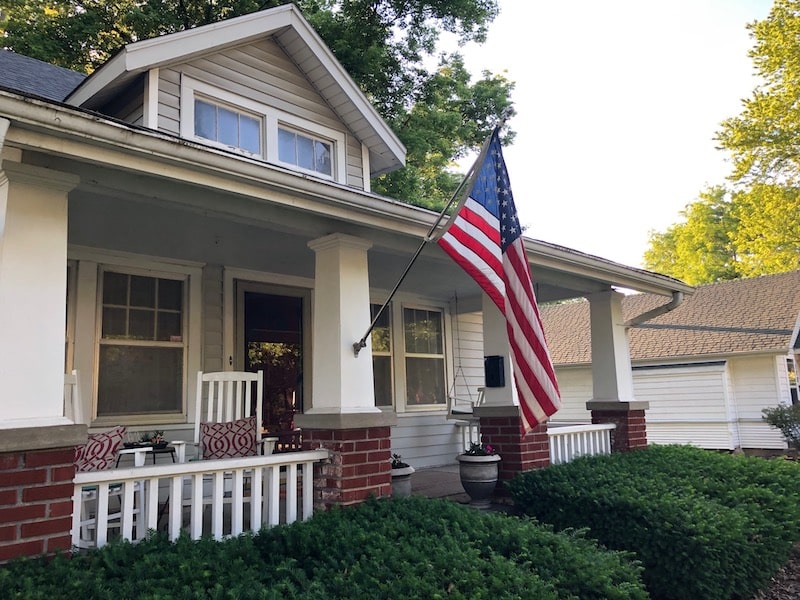 I live in a house that was built in the late 1920s. It’s a super cute, charming spot in a historic downtown neighborhood of a suburb I’ve called “home” my entire life. Many people who come over make comments about the house’s character and charm.

“I love your front porch!” many will say. Others drool over the rounded entryway and dark walnut beams in the living room. As the proud homeowners of a place we’ve inherited (Well, we technically bought the house but we feel like we inherited its history) we often smile in response. Fourteen years later, we’re still proud of our purchase. We love our home, it’s a really special place. We, as well as many friends, have poured time, love and energy into keeping it up. We even gave it a nickname, something we often do with things we love. To us, it’s the Corner of Monroe.

Yet there’s something about our old house that most people don’t know, something that didn’t come up during the realtor’s showing. In fact, it's a story I didn’t know myself until a few years ago. Our precious place has an unpleasant past.

Right after the front door keys were dropped into my palm, I was also handed a rolled up deed to the property. I joked, “Is this from the set of Dr. Quinn Medicine Woman?” because the papers were yellowed and it looked like an antique.

For years I stored the deed in our basement, feeling a little guilty I hadn’t donated it to the history museum down the street. One day I forgot the exact age of our house and unrolled the yellowed papers to begin searching for it. I scanned through name after name of past property owners and a lot of other legal jargon. A clause jumped out at me. I couldn’t believe it.

“Restrictions, together with forfeiture provision, to the effect that said premises shall never be sold, leased or rented to any person or persons of Negro descent or ancestry or to any corporation composed of persons, the majority of whom are of negro descent or ancestry, as fully set forth in the warranty deed … We must be furnished with satisfactory proof to the effect that no violation of said restrictions has occurred so as to cause a reversion of title.”

Fear and then intense anger flooded through me as I read the words. Not our beloved house! The feelings intensified as I heard my mixed-race daughter’s feet pitter-patter on the hardwood floors above me. Talk about racism hitting home.

Discovering the racial history of our house sent me on a quest to learn more. As it turns out, the Corner of Monroe is far from being the only property like this. Racism is written into deeds all over America when it comes to older homes. I wasn’t only appalled at the overt racism, but at the fact I didn't know about it!

How could I be unaware of such a travesty?

I grew even more disheartened to learn that J.C. Nichols, the developer of Kansas City’s beloved Country Club Plaza—an area whose iconic fountain bears his name—wasn’t just behind the idea of racially restrictive clauses in KC, but he was federally commissioned to help suburbs all over the country. Kansas City Public Library’s Pendergast Years tells it this way:

“Nichols, lauded though he might be for the charitable work he did in the city, also actively helped construct the racialized landscape of Kansas City by putting racially restrictive clauses into the deed restrictions on all the properties he sold. The practice of redlining neighborhoods, in which a federal agency rated neighborhoods for their creditworthiness, built upon this landscape of restrictions to construct the entangled prosperity and inequality of homeownership, real estate, and race in America."

Although the Shelley v. Kraemer case in the Supreme Court struck down the clauses in 1948, saying they violated Equal Protection rights of the Fourteenth Amendment, inequalities from this system still exist today.

As the years have gone on and I've learned more, I’ve realized real estate racism is just the tip of the iceberg.

There are many “hidden” evils like this that are both systemic and legal, and they’re hiding out not only in the history of America’s past, but in how America runs today. I’m not trying to get political here, but I feel this is worth saying: America was not, and is not, great for everyone.

Many of us who’ve only known our country as home of the American dream don’t see the backs upon which our privileges—or homes—were built. We don’t realize who was included, and excluded, from the types of lives we live, and how even though things may seem better now, we’ve not collectively repented over our racism as a nation.

Many freedoms in our country aren’t afforded to all, or at least they’re not easily accessible. And before I receive feedback with corrections and defenses about the many cases that have overturned corrupt laws, equal opportunity acts and affirmative action, I want to share what I often say about cancer: disease isn’t just physical. It’s mental, emotional and spiritual too. The disease of racism is also multi-faceted.

I celebrate that many racist laws have been overturned and we’re not living in the days of slavery, Jim Crow or even the Civil Rights movement. But the unrecognized oppression of the past and present carries disparaging emotions and harmful effects. To paraphrase Civil Righteousness founder Jonathan Tremaine Thomas, America has not come together to publicly lament and mourn as people over our shared history.

This is a must-needed step in the midst of our current awakening if we're going to see real progress and healing take place.

In my experience of growing up in a Midwestern suburb, my school-sanctioned textbooks with carefully curated curriculum hardly taught anything other than an educated white person’s point of view when it came to the civil war and race. The Bible stories in Sunday school didn’t help either—I too thought Eve was blonde and white for a very long time.

The history most of us know is an incomplete history, and that narrative is making its way into the mainstream. Do I agree with all the ways it’s happening, the violence and destruction taking place?

But do I understand that if someone's not given a voice, the feelings and anger will come out somehow? Yes, absolutely. And, it's not always pretty. It doesn’t matter what race you are, the emotional experience of a suppressed person is universal. It's human.

If we want to reach restoration and see reconciliation, we must not judge and condemn one another out of misunderstading, but instead, we must commit to being people of planning, prayer and peace.

Learning from the Corner of Monroe

The Corner of Monroe’s racist real estate clauses may now be nullified (although they still exist and it’s actually really complicated to remove them from property deeds, perpetuating the systemic injustice)—but tensions are clearly still present. There are other racial problems in our society that have not been tried by the Supreme Court, and they won’t ever be.

So what does this have to do with our old house? Although she’s got a speckled past, it’s been exposed, and we’ve since seen changes. Like the house, we as people need to discover and expose (even if only to ourselves) the ugliness of our own racial bias and family stories if we want to be part of the progress.

What exactly am I talking about?

Surely I’m not the only one with a story about grandma throwing away water glasses after black workers drank out of them in the '60s, just to name one example.

Trust me, the last thing I ever want to do is hurt, harm or dishonor my family. Most of us are simply living into the only systems we’ve ever known. But, we can’t deny America's racist roots, which means for many of us, this is going to hit home and it’s going to touch on our families. But it's time to address it, repent and restore.

There is no other way.

At times, I want to burn the house’s deed or at least cut out its racist sentences. I’ve also wanted to grab a bottle of white out and act like the clause doesn’t exist. But I don’t do that because it needs to remain.

It's part of the house's history, and it reminds me racism is real and I have a part to play. While the real estate clause may have experienced justice, many more unjust issues remain.

Like the Corner of Monroe, we may have unpleasant ties to racism, but that doesn’t mean things can't change. 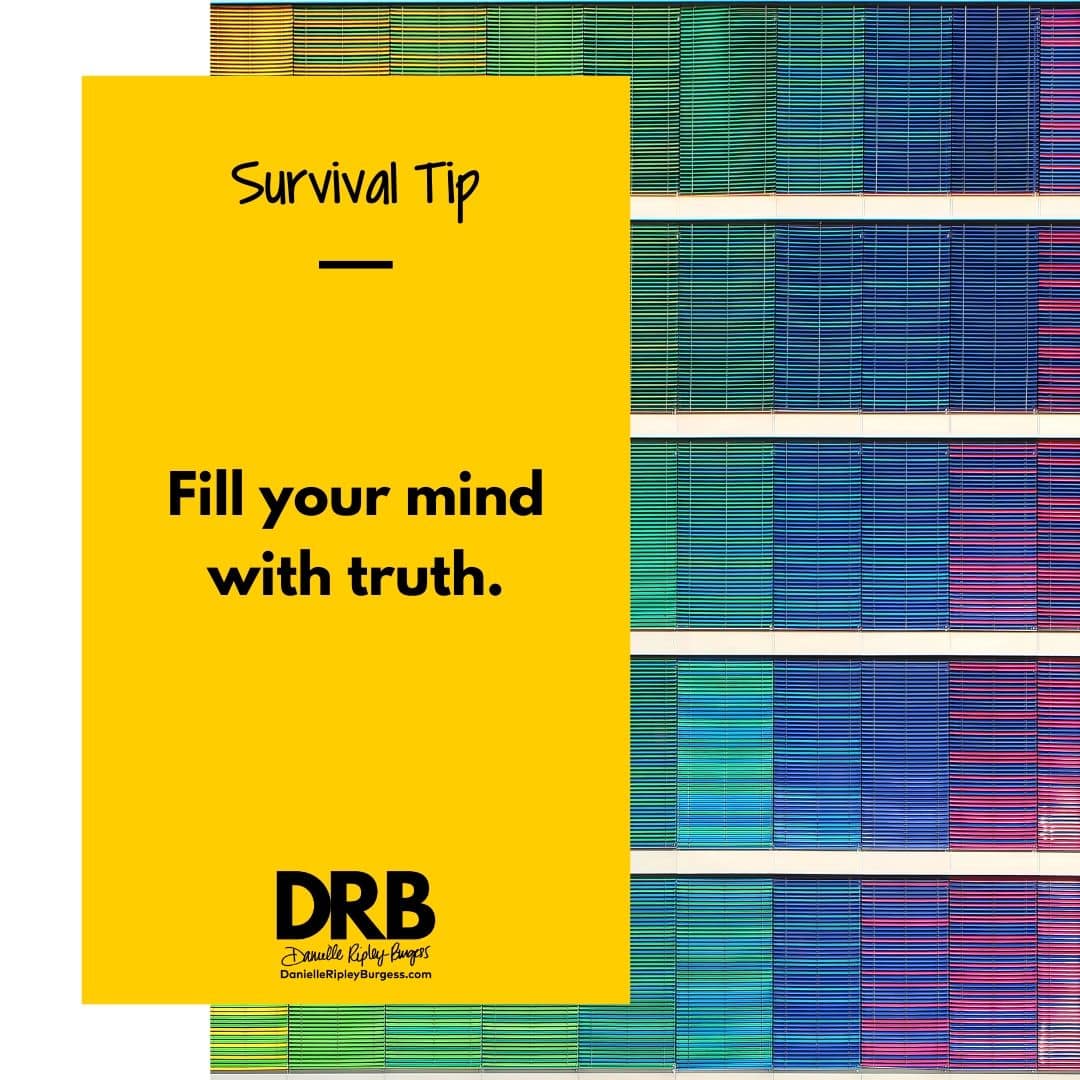 Fill your mind with truth – A Devotional
By Danielle|July 5, 2020 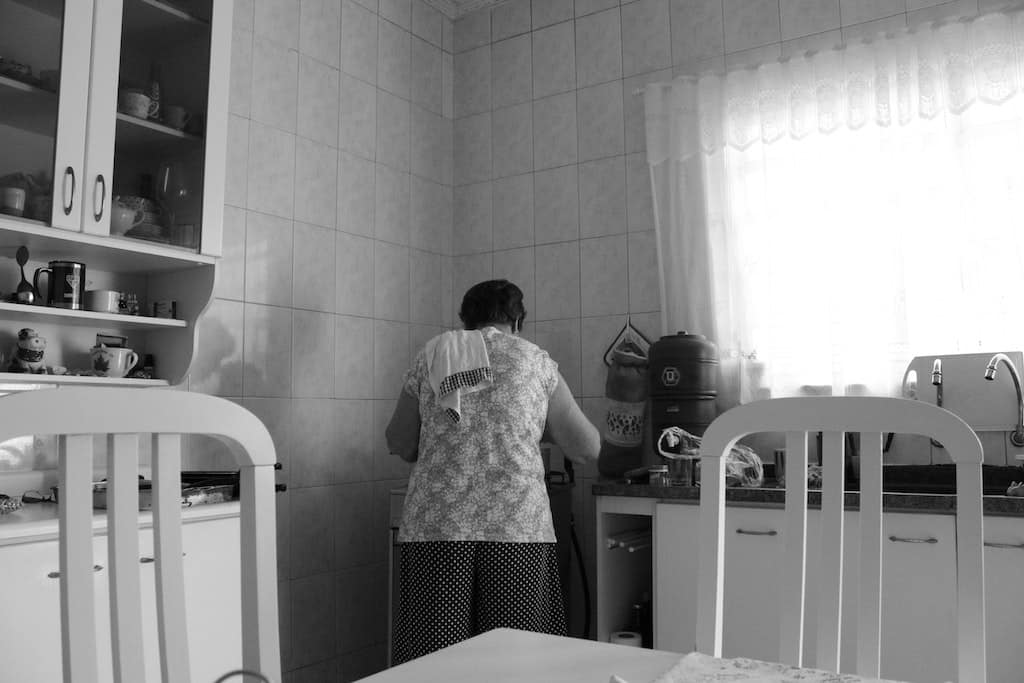 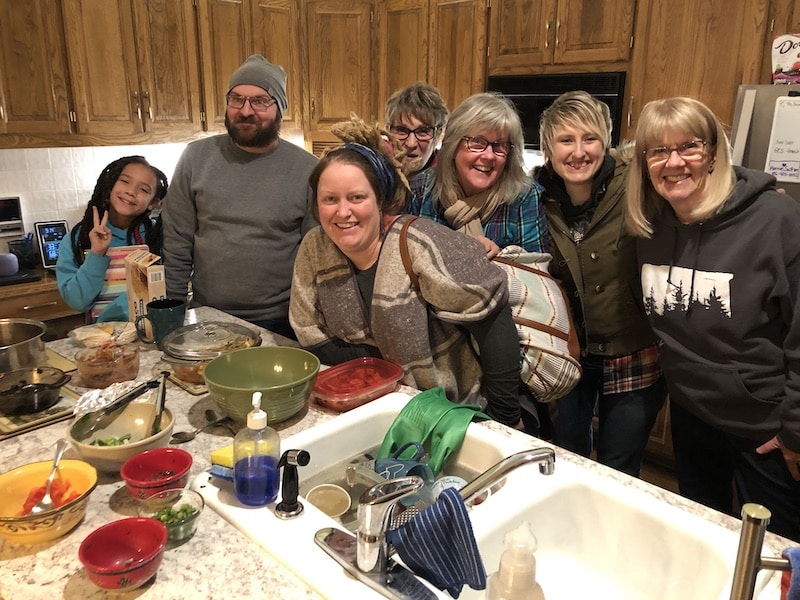 Following the Cloud: One Year Later
By Danielle|May 13, 2020