We had a wild idea when we sat down to write our goals for the year in January, which in and of itself felt like a victory. Me, I love goals. Mike, not so much, although he's begun to embrace them. But, we recognized that over the years, they've helped guide our finances and calendar. Goals sounded like a good idea.

As our dreams started to fill the living room, I got a wild idea.

"How amazing would it be to wake up Mae on her birthday, put her in a car, and drive her to the airport for a surprise trip?!"

Our wheels started turning. Wow, that would be amazing, we thought. But, where could we go? The possibilities seemed endless. As we kept dreaming, we didn't just want to go somewhere fun. We wanted to go to a place where Mae's heart would come alive. A spot where the gifts God put inside of her heart could be revealed. 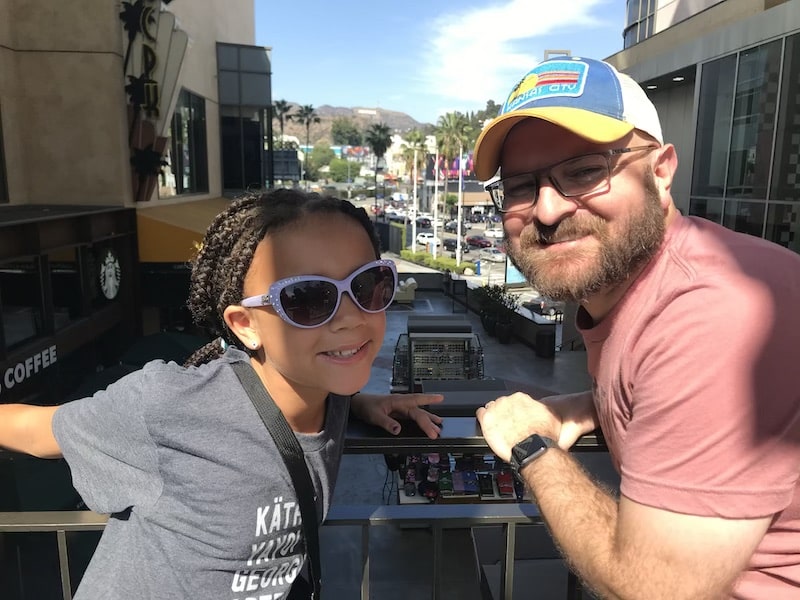 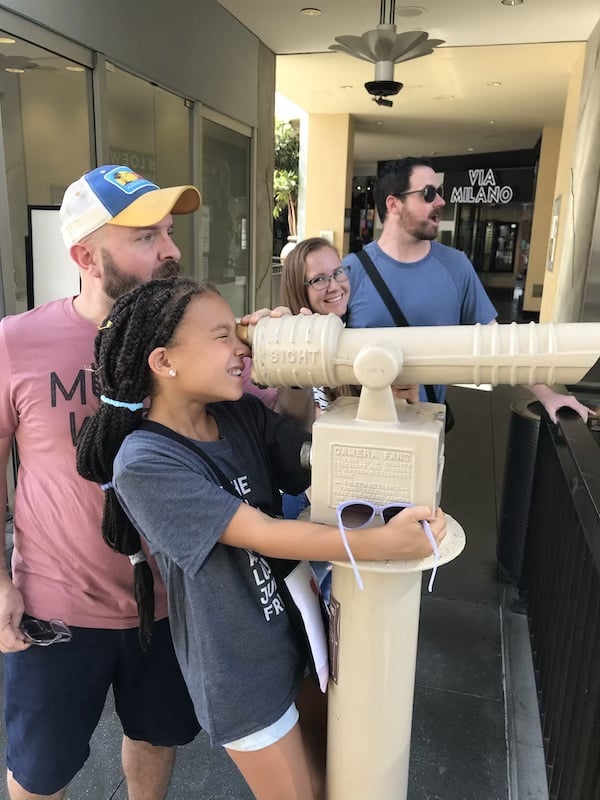 Thanks to many lip-locked family and friends who helped keep our plan a secret, the surprise went as well as we'd dreamed. We hosted a small family birthday party for her the weekend prior to her big day. (It was Weird Al-themed and pretty funny.)

The morning of her birthday, we woke her up and took her on a scavenger hunt around the house for her gifts, a favorite birthday tradition. 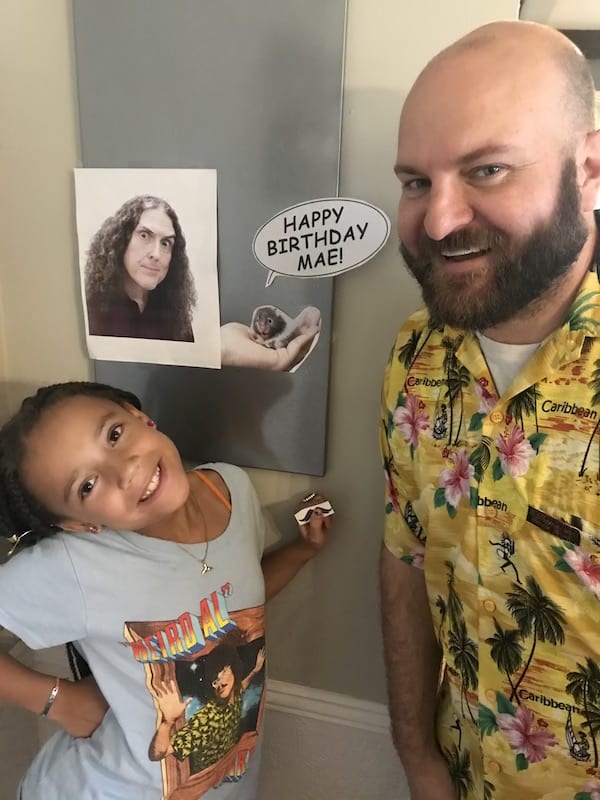 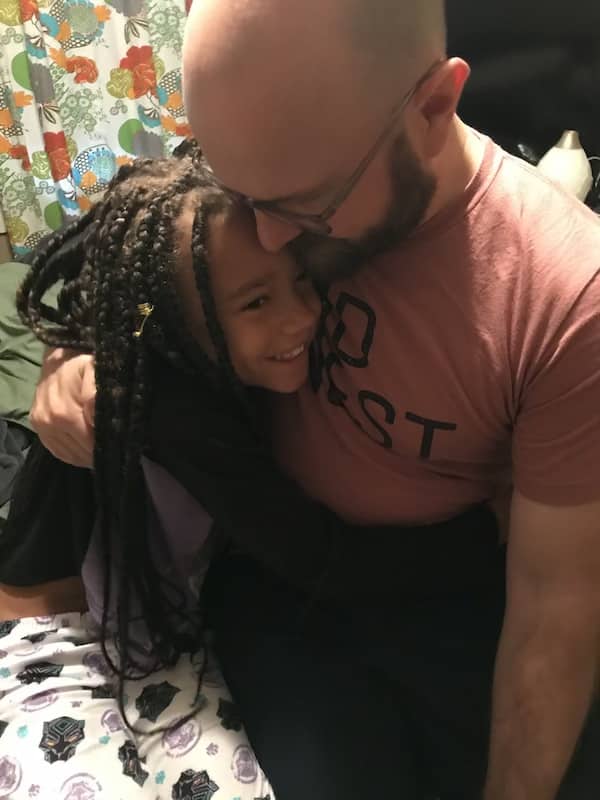 Each stop along the way, she was asked to also take a step toward getting dressed for the day. We even asked her to feed her guinea pigs and hug our dog Joey before walking out the door. Little did she know I was trailing close behind her and grabbing up new toys for her carry-on bag. The rest of our luggage was packed and in the car, which the last clue led her to.

She assumed that we were on our way to get donuts when we pulled away from the house, but shortly after we ate, she opened a card that revealed the full plan. We were headed to LaLa Land and the world of Disney. As she took it in, she seemed confused at first. But, the reality soon hit her - she wasn't going to school. She was getting on an airplane soon!

The smile couldn't come off of her face. 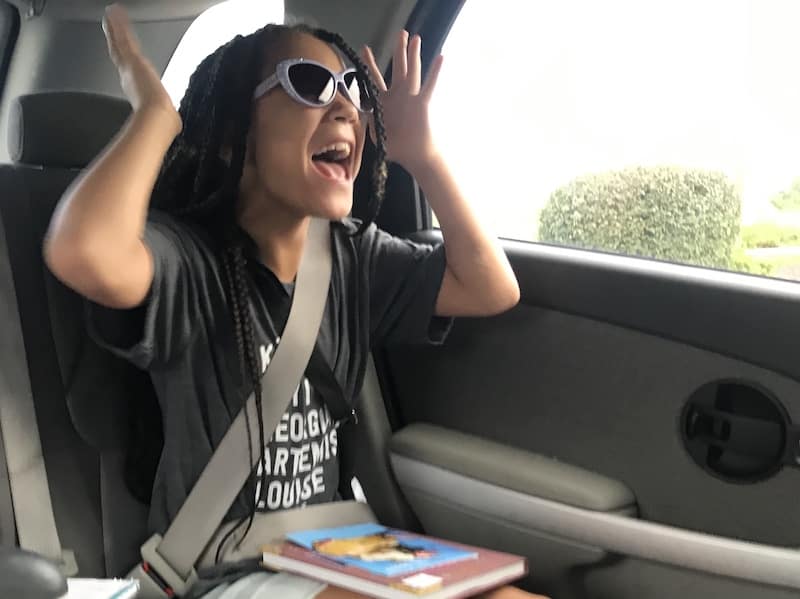 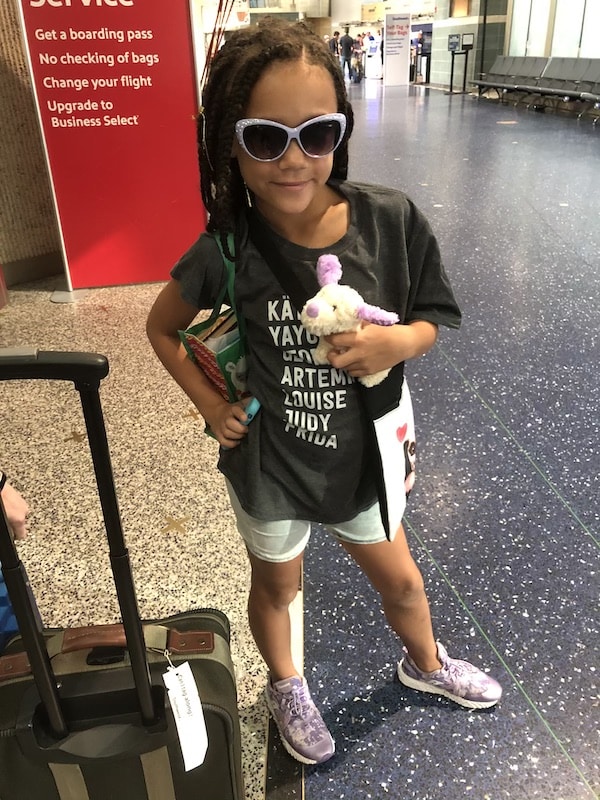 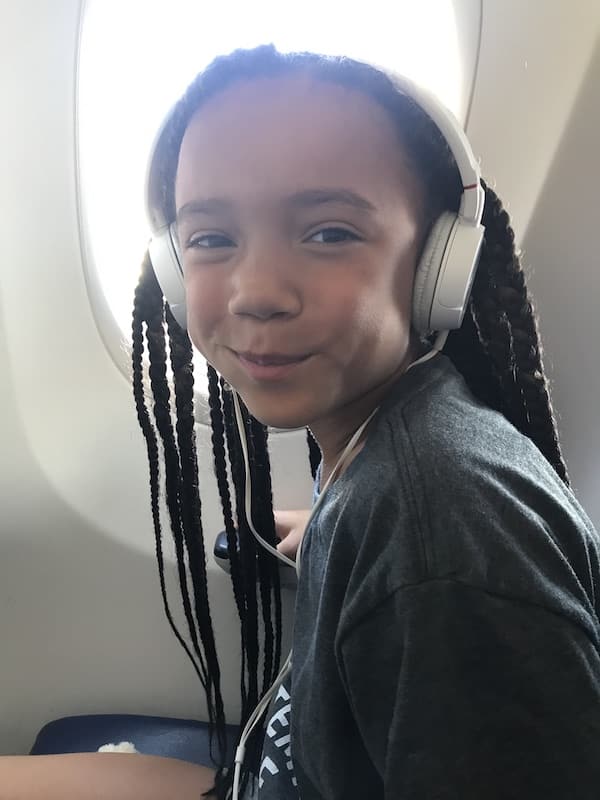 It was surreal yet exhilarating, and a birthday all of us will forever remember. We drove to the airport, got on a plane and a few hours later, walked the Hollywood Strip. Our dear friends Darren and Lana, who are like family, live in LA and opened up their home to us. They picked us up from LAX, drove us around, and gave us a personal tour of the city. 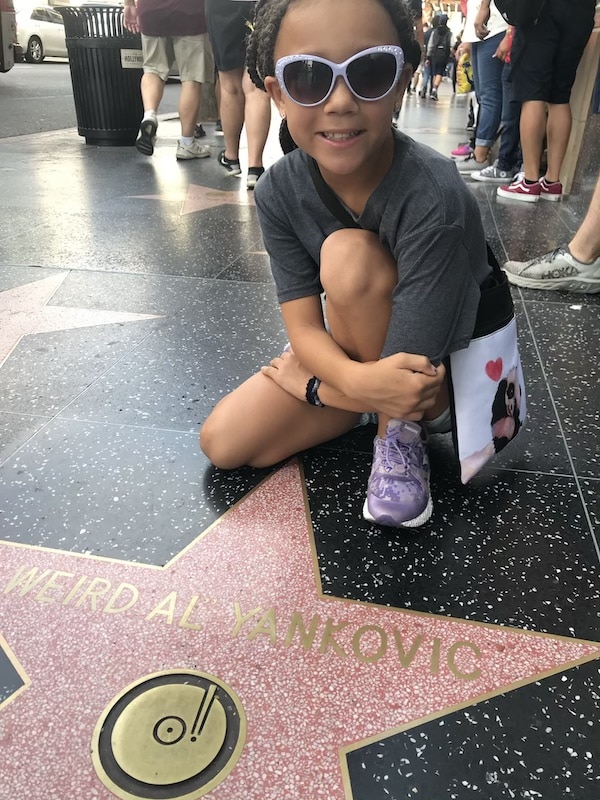 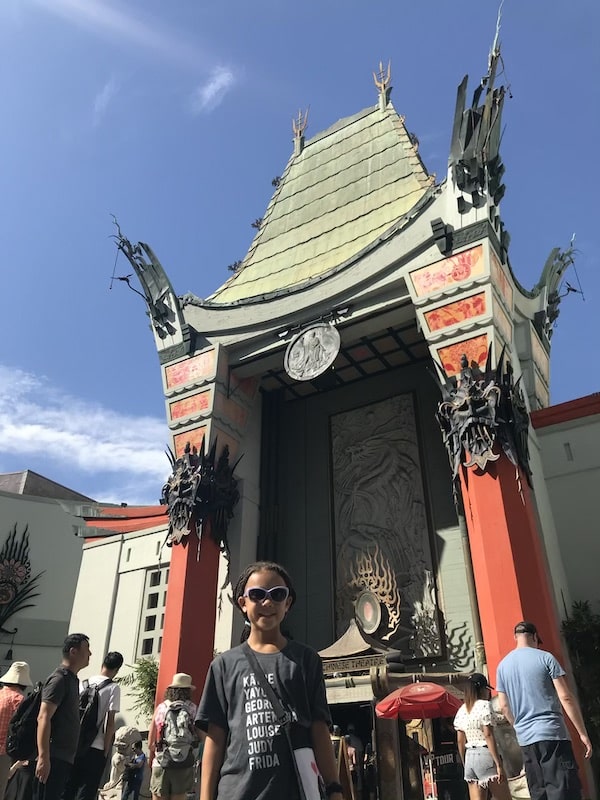 As Mae watched the famous palm trees and street signs go by, she leaned over to me in the back seat and whispered, "This was a good birthday present!" It was high praise. Over the next few days, we basked in the glory of LA and experienced the city of dreams and angels.

Because we'd begun planning our trip in January, we were able to save up and treat it like a vacation. So, we locked in Disneyland tickets, as well as a Warner Bros. studio tour. One of my favorite memories of the trip will forever be watching Mae look up at headshots on the studio tour and learn how casting is done. As a girl who constantly creates characters and families in her imagination, I wondered if God will use her in a role like that one day. As her heart came alive, so did ours. 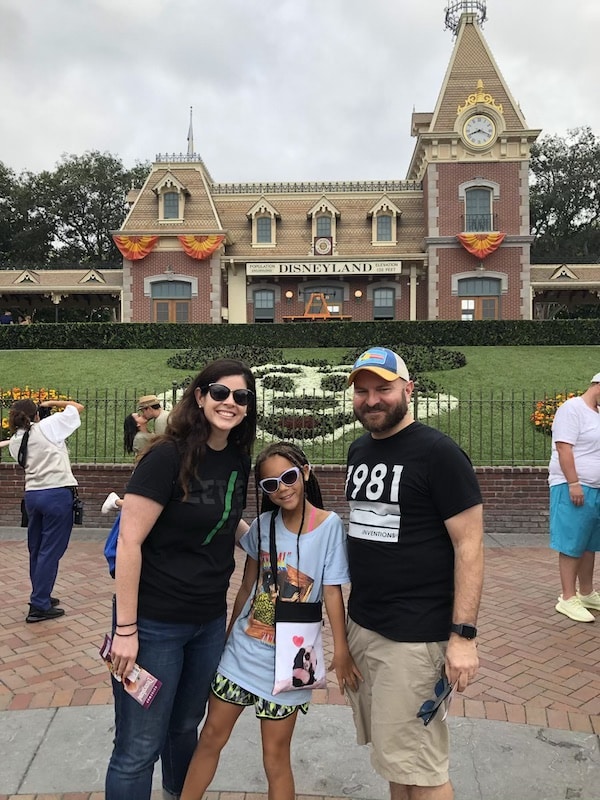 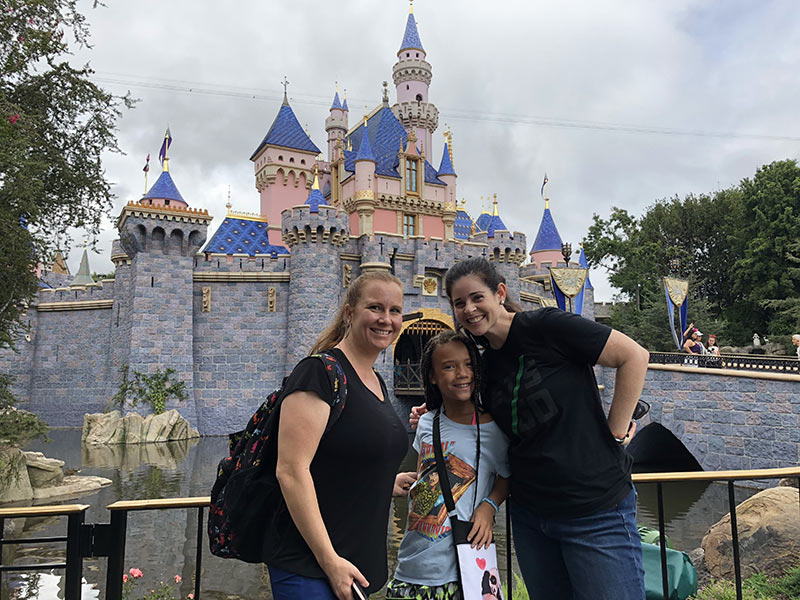 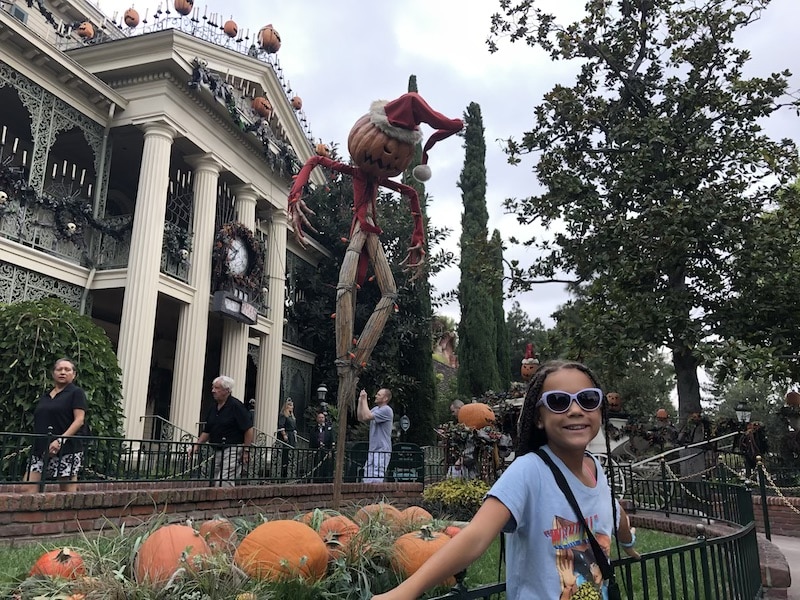 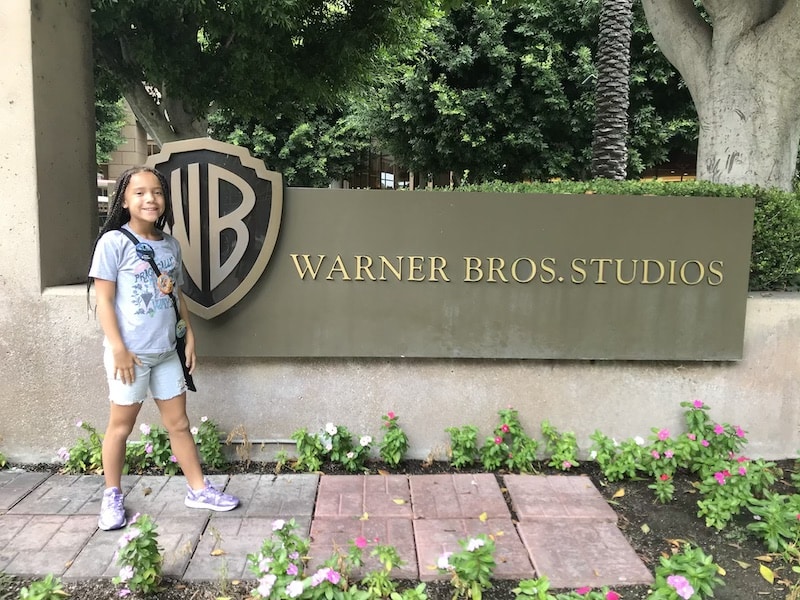 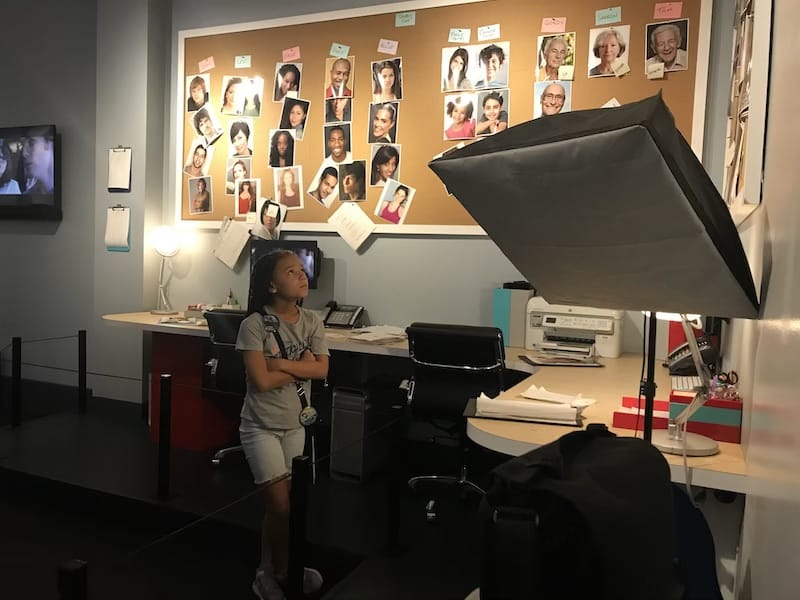 Would I do it again?

I suppose I can blame it on being an enneagram 1, but I won't lie, I did ask myself, "Isn't this a little much for a 9th birthday?" and, "What are we going to do next year; this is a high bar to set!" While part of me challenged the trip, a bigger part of me (that won out) embraced it.

Why did we take a surprise birthday trip to California? Because life is short and as a cancer survivor, I don't ever want to forget that. Because my health is good, and nothing's guaranteed for down the line. Because after several years of financial stress, our jobs were stable again. Because if we want our girl to see the world and believe anything's possible, we've got to travel outside of the Midwest every now and again. And because while age 9 may not be seen as a major milestone in American culture, it was a Hollywood-sized birthday to us. 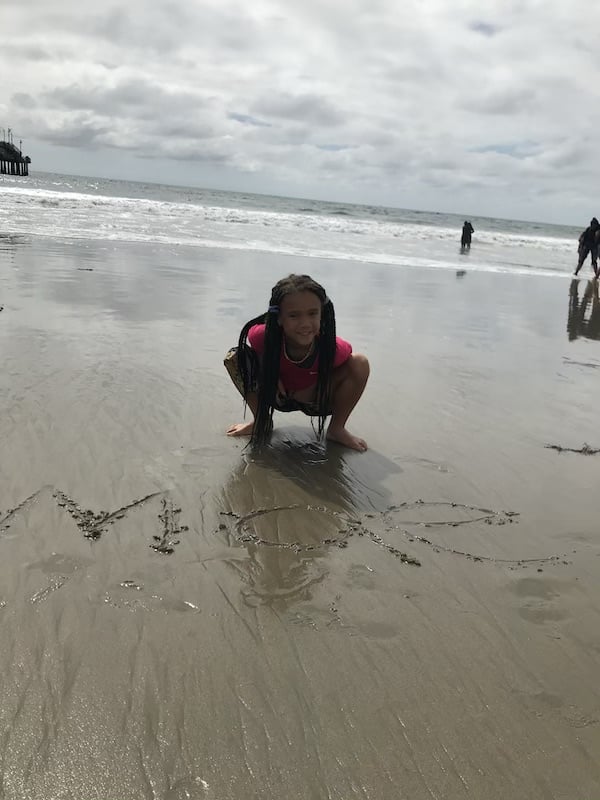 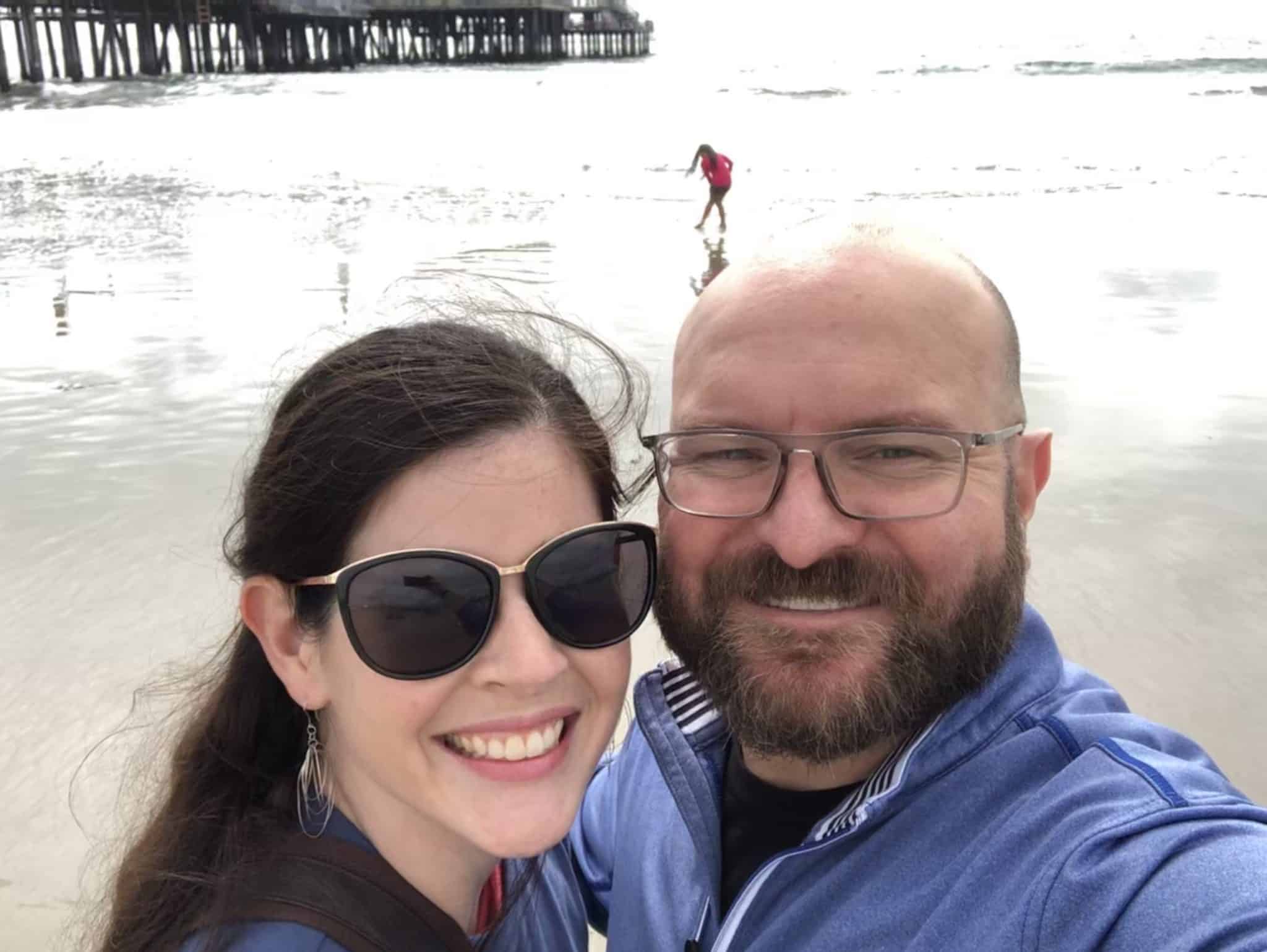 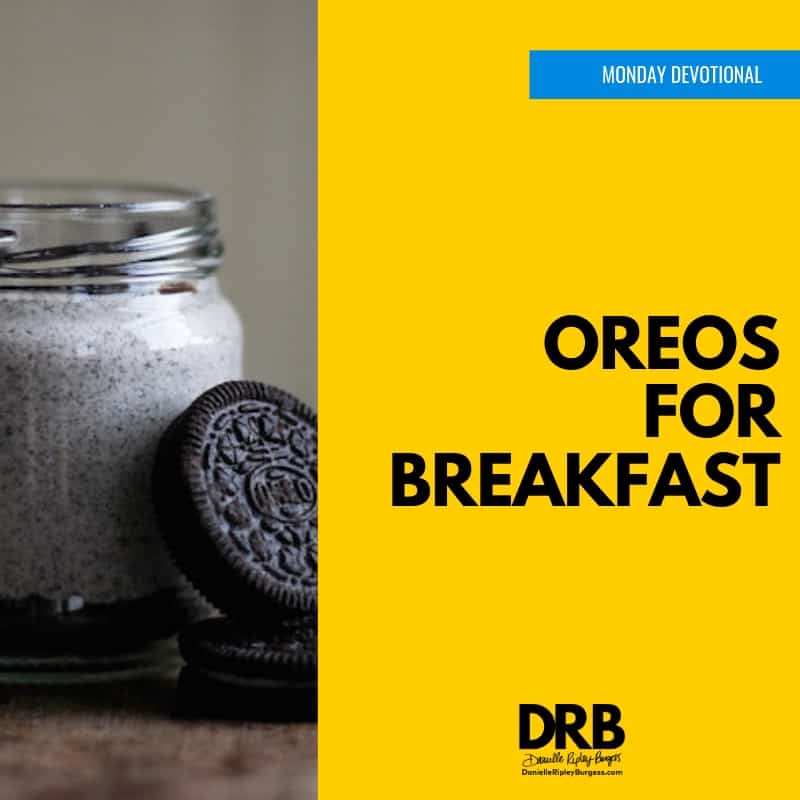 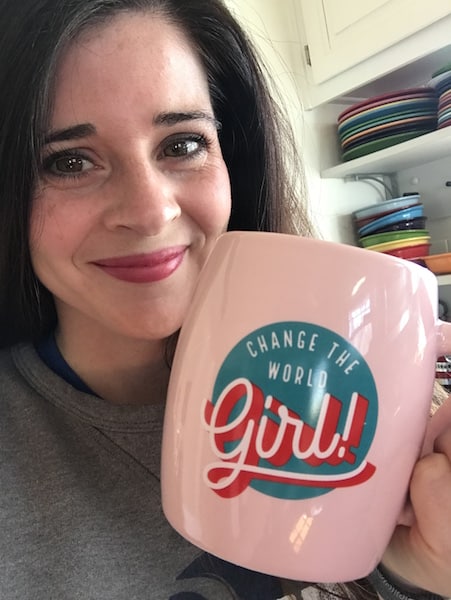