Getting Angry at God

Today I’ve been “cancer free” for 8 years… again. On June 9, 2009 my second occurrence was found, breaking my 8-year “no evidence of disease” streak. Part of me wanted to sit in a puddle of worry today – what if the streak breaks again? Another part of me, a much smaller part, wanted to celebrate. I had some pizza and ice cream for dinner. But deep inside of me, I wanted to share what happened as a result of this day 8 years ago. It was a day I lost trust in the one thing I’d held on to my whole life. I wanted to be honest with a topic that’s pretty tough to be honest about and give some glory to the light that’s brightened my path. If you too have struggled with being angry at God, I pray you’ll find you’re not alone. If you're still in this boat, keep pushing yourself to work through your painful questions. It’s not an easy topic to think about, but the burden does get lighter and the more you seek, the more you'll find. Be blessed. –danielle

For a second, I was convinced a gang of bandana-wearing bullies took me to a back alley and drop kicked me in the gut. That, or I’d horribly overdone it at the Chinese buffet.

A fresh incision down my abdomen brought searing pain. I could barely roll over in the uncomfortable bed.

I looked around the sterile white room and tried to focus my gaze on the fuzzy blurs that kept moving. The blankets were not warm anymore but felt like rough sandpaper on my dry skin. Slowly my surroundings made sense.

The surgery. The cancer scare.

The thought of cancer hit my consciousness and jolted me into a reawakened state.

“Did the surgeon find anything? How did the polyp look? What do we know so far?”

Focus came to the fuzzy blurs. I saw solemn faces with looks that required no words. A few days later, the pathology report confirmed my deepest fear: cancer.

As automatic as a driver’s side window button, my sly smile appeared at the news. And not because it had been caught stage I – the earliest stage possible that didn’t require treatment.

The smile had been my golden ticket eight years prior when I’d first heard the dreaded word cancer.

I’d forced a smile and recited lots of verses to myself about God’s good plans for my life.

My working class, Midwestern family roots served me well during the first diagnosis. I did not make public the freak out happening on the inside.

Trusting in God, I related with the Bible character Job who’d also watched his life go to crap and accepted the narrative that God would use cancer to spice up my testimony.

I felt respected for that. And to be honest, it felt really good and comforting.

So for round two of cancer, I tried to cope with the same smile. But this time, something changed.

A crisis of faith as I got angry at God

I was very confused, and I thought my faith was stronger than ever.

Working in full-time ministry after planting a church, I assumed I was "good" with God. I was even writing devotionals!

How could the same faith-filled approach not be working?

Although my incision began to heal, my heart began to bleed - and not just a few drops of blood from a sidewalk scrape. Frustration and pain began to seep into my mind and heart like I'd been stabbed.

It was dark and messy, yet from the outside, it was hardly noticeable. The roots of masking the pain ran deep.

In a moment of weakness, I called a counselor. She happened to pick up her phone and soon we started meeting.

At first, I didn’t realize what was happening. When I felt any struggle, I assumed it was because I faced colon cancer for a second time at age 25.

Discontent with work, uncomfortable with physical touch, fear of planning ahead – my survivorship got credit for it all.

That is until one day, the counselor challenged me with a novel idea:  I was angry. And I was angry at God.

Denial of the anger

I quickly denied the claim as I lounged on her comfy couch and chowed down on her mints.

I might as well have been kissing babies and waving flags on a campaign trail because I soon gave quite the case for my stance:  I’d forgiven people who’d wronged me! I’d memorized verses that said God works for my good! Cancer was my blessing and my testimony!

Me - angry at God? Mad and bitter?

It took only about two days to realize she was right.

And only because I’m stubborn, it took years for me to admit it.

I was angry. Very angry.

Many things stirred my anger, but none more than God. As I peered into hidden feelings I’d never let myself experience, I saw the root of my pain so clearly.

Deep down, I believed the cancer was God's fault.

I was really pissed off that I’d been diagnosed a second time... and He didn’t prevent it.

I questioned His goodness and doubted His love.

Deep mourning over the loss of fertility and questions as to why I survived yet my friends didn’t swallowed me up.

Bitterness that my faith-filled, Christian walk hadn’t spared me from such pain swelled. I asked “why me?” and pointed my finger while shaking my fist upwards.

I even said a bunch of cuss words in my car.

One day, I took a hike and beat the side of a tree with a fallen branch to get my point across. I thought maybe attacking God's creation would get His attention.

Fortunately, nobody else was in the woods that day. And, I packed lots of snacks.

Getting angry at God, I'd been uncorked and the pain poured out until my bottle ran dry. This happened a few more times.

And then one day, I was done. I didn’t want to fight anymore. I felt a little numb, but at the same I also felt peace.

Little by little I began to feel whole again.

Moving on after getting angry at God

I wish I could put to words a single moment where everything changed - like a shining star fell from the sky, or a glowing angel showed up out of the blue and set me straight.

Although some pretty supernatural circumstances did happen over the course of my process, there was nothing quite like that.

I did read through the story of Job again which slowly helped diffuse my bitterness.

But there was no magic wand, secret prayer or prescribed checklist that got me back to the point I trusted God and stopped calling him mean names.

The way it happened is actually a lot like how my incision healed.

Soon after the cut, it was painful, embarrassing and red. Every little movement hurt.

But I gave it extra care and some time to heal. In time, the pain went away.

The scar turned pink. It didn’t hurt to cough or laugh anymore. When I gave it more time, I could roll over without any problems. And in even more time, I began to do a few sit-ups.

I can still do a few sit-ups to this day. I’m sure if I got help from a trainer, I could do many more. Maybe one day I'll train for that.

My body was made to heal, and heal is what it did. I played a very minor role in that process, but I did want to get stronger.

And to do that, I had to release control.

The incision isn't sore like it once was; now it's a faint white line running down my abdomen.

I pray it won’t ever need to be cut open again. But if it is, I know how to handle it.

I’ll ditch my smile for a big fallen stick and head for the woods. 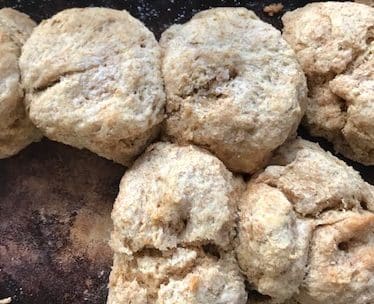 My Favorite Biscuit Recipe
By Danielle|September 28, 2020 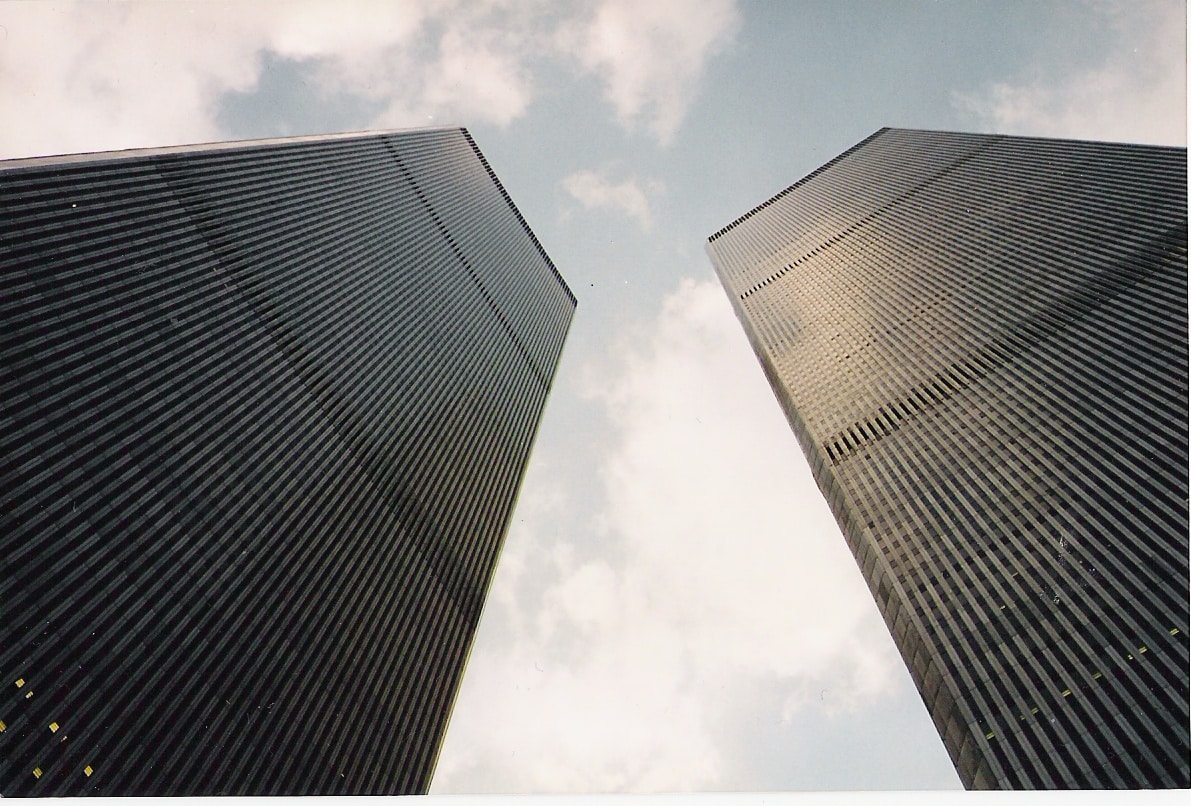 6 responses to “Getting Angry at God”