Scroll down past the big trees - he told us on his personal blog - and there you'll find me. In a picture from one of his hiking trips, surrounded by beautiful tall trunks of some of the world's tallest trees, there Tom Marsilje didn't only find himself but introduced himself.

Humble. Happy. Hopeful he was in the midst of something bigger.

As an oncology researcher who'd been inspired by his mom's pancreatic cancer, his own cancer diagnosis was another leg on his adventure - one filled with molecules and proteins, T-cells and receptors.

He helped us discover the colorectal cancer landscape, many of us for the first time. When he faced information that applied either to himself or others, he stopped like any great explorer to examine each finding and take careful notes. (By way of many blog posts, articles, emails and Facebook posts.)

He unpacked the complicated vocabulary of oncology research for all of us following along. He didn't only explain how clinical trials work, he helped build a tool to help people find them.

It was easy to forget Tom himself was fighting an aggressive disease. He was one of us, yet somehow he seemed light years ahead.

I guess that's what made life with Tom feel like such an exploration - a plunge into the scariest, most confusing yet most enlightening and cathartic cancer journeys of a lifetime. As a true expeditionary, every scan and doctor's appointment led to new doors and ways to travel.

And he brought us along for all of it. 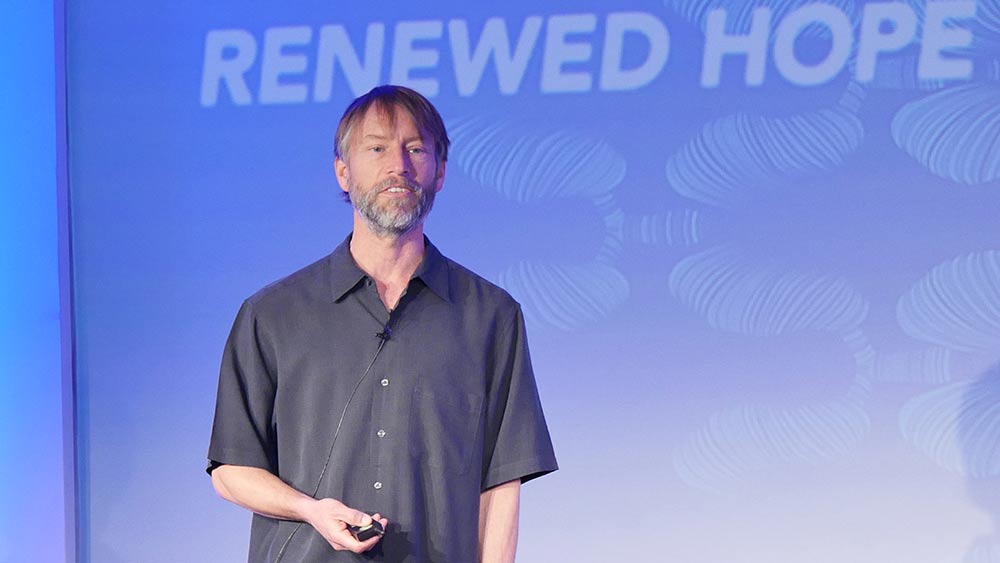 On his personal blog, he was "terminally optimistic." On his Fight CRC column, he was "currently incurable." In most of his articles, columns and interviews, he spoke of his fascination of and hope in colorectal cancer research.

Nothing could hold him down.

He found the gusto to run long-distance races, even after being diagnosed stage IV. He found the energy to write, travel and speak in the midst of cancer treatments. He found the courage to share about what mattered most to him - his wife and two daughters. He found the strength to let us journey through his adventures with him, helping set our minds and hearts at ease no matter what came his way.

"To life!" he would tell us as he lived out his "cannon ball" summer, making our mouths water with pictures of a cheesy pizza from a small town in Michigan. The best pizza - he would say.

And I bet most of us believed him and hope to try it one day.

Here without my costume... pic.twitter.com/HwoprECSw9

I'll never forget meeting him at the Colon Club photo shoot. Our mutual friend Lindsey Motley pointed to him across the room as she told me about a guy helping her find clinical trials, a guy I had to meet. He'd been diagnosed at age 40 and recently selected as one of the next models in our Colon Club family.

My eyes shot up in awe, and I don't think my eyebrows went down until hours after our conversation.

Actually, I don't know if they've ever gone down after that initial meeting. Let's just say, word got out about his awesomeness.

Airing tonight! I and 3 other panelists for a full hour @CharlieRoseShow on #cancer with @katiecouric ! An activism dream come true! pic.twitter.com/eIKki8XS5h

It is a cool feeling to see yourself on the @Newsweek cover with the headline "#CancerRebels for the @FightCRC #CRC #CliinicalTrial finder! pic.twitter.com/XHJTOq6kTA

As I reflect on what Tom's done over the past several years, I shake my head as he, a self-proclaimed, music-loving, introvert (as he once told me about himself during an interview for Beyond Blue), has made an international impact and changed the world.

Like all true discoverers, Tom never lost sight of the adventure at hand - terminal cancer - unless a breakthrough route unfolded. I believe that's why he worked so hard to build a legacy before his final days came.

And now that he's gone, it's up to us to keep it going.

As his friends and followers, we owe it to him to take his positive outlook and let our experiences with cancer transform us.

To take hold of the maps we've been given and help someone else navigate their way.

To find rays of light when the clouds seem so dark and gray. To jump in the pool if we've been given the all-clear to swim.

And to find our humility, happiness and hope in this world that's full of some really big trees.

10 things to know about getting a colonoscopy
By Danielle|March 28, 2022